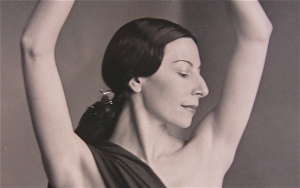 June is one of the most popular months for nose jobs. Students have the entire summer for post-surgery recuperation and time to get used to a new face.

According to Time magazine, “women in New York are reportedly paying $12,000 for nose jobs to make themselves look like Kate Middleton; one surgeon estimated he has already performed 100 such royal rhinoplasties.” But is “Middleton of the road,” really the way to go? 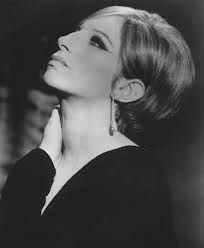 Many world-famous celebrities were pressured to have their noses “fixed,” most often so they would appear less ethnic. Barbra Streisand may be the most famous in that regard. (As a child, I was actually briefly related to Ms. Streisand when she was married to my cousin Eliott Gould. I thought her quite stunning – and riotously funny.) When asked why she never had her prominent nose altered, Streisand said it was a combination of worry it wouldn’t be done correctly – she would have left the bump and just slightly shortened the tip, and fear that it might change her singing voice – clearly a catastrophe!

Alicia Markova was continuously pressured to have her own distinctive nose fixed, a suggestion she always politely turned down. Dance partner Anton Dolin, choreographer Frederick Ashton, and impresario Sol Hurok all feared the ballerina’s “looking Jewish” would damage her career in times of rampant anti-Semitism during the 1930s and ’40s; and indeed, Markova would have to battle insidious prejudices in her early years. But she was also fiercely proud of her religion and heritage, becoming the first openly Jewish classical prima ballerina in history. I write “openly,” because Anna Pavlova was Jewish but hid that fact for fear it would ruin her career. (Jews weren’t allowed to attend the Maryinsky Ballet School in St. Petersburg where Pavlova trained).

In stark contrast to Markova, the very pretty, and very Catholic, prima ballerina Margot Fonteyn immediately had a nose job – unfortunately initially botched – upon being told she looked a “little Jewish” by choreographer Roland Petit. As you can see in the photo at left, she was quite lovely pre-surgery.

Markova’s lifelong best friend was the delightfully effervescent Russian prima ballerina Alexandra Danilova, known for having the most beautiful legs in ballet – New York City Ballet Director Lincoln Kirstein likened them to “luminous wax”. Though a remarkable  and enormously popular dancer, Danilova lost a coveted Hollywood film role because of her nose, as explained by Leslie Norton in her biography of Danilova’s frequent dance partner Frederick Franklin, who sadly passed away just last month at the age of 98. The movie was based on Léonide Massine’s Gaîté Parisienne, one of Danilova’s signature ballets, but the director of The Gay Parisian (1941), Jean Negulesco, said he didn’t like the tilt of Danilova’s nose. “My nose doesn’t dance!” she snapped back.

Markova agreed. Her nose was her nose was her nose. The Jewish ballerina’s prodigious talent and mesmerizing stage presence handily won over critics and audiences alike, with her dramatic profile actually adding a haunting beauty to many of her roles (as seen below). Markova and Danilova would have the last laugh (The Gay Parisian film was a flop), becoming two of the best-loved dancers of their generation.

One of my favorite Markova stories was when she was working at the Metropolitan Opera in New York. She got her heel caught in a metal grate and in the few seconds she was falling to the ground, thought of all the men who had pestered her to have her nose fixed, and now she was about to break it. So what did she do? Turn the other cheek – which she broke – to save that beloved, oft-disparaged nose.